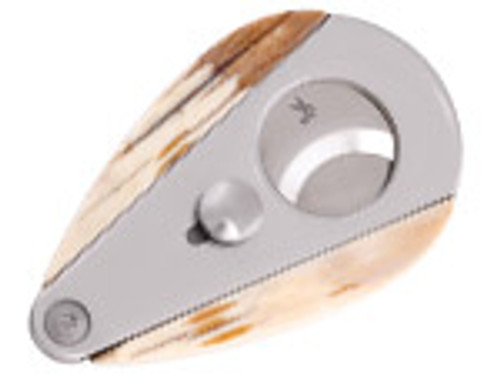 Thousands of years ago, the early XIKAR man was measured not by the size of his cave or how hot his fire burned. Instead, his status was secured when triumphant during The Hunt. Victorious over a bison, bear or ancient mammoth, our early man earned his status as a result of the food, warmth and tools his successful hunt provided to the clan.

And so it is with today's XIKAR man.

Your hunt is over for the most unique XIKAR offering to date: The Fossil Mammoth Ivory Cigar Cutter. Made with 10,000 year old mammoth's tusk, this rare and remarkable tool is available for your enjoyment in an unlimited run. Each piece is unique, individually numbered and enclosed in an elegant gift box with certificate of authenticity. Fossil ivory offers an unusual mosaic of color derived from the surrounding soil, ice or plant life to which it was formed. No two are alike.

Arturo Fuente Hemingway Between The Lines